Once upon a time, branding was simple--it was a logo here, a splash of color there, and maybe even a tagline. But as consumers evolved, so too did their need for branding that meant something. Today, consumers crave stories about passion, good-will, and courage. Brands that fail to meet the bar are quickly left in the dust, while those that do are just as quickly rewarded with a boost in social media standing, today’s gold standard.
While this is a relatively new development for many companies, there are a handful of old-school cool cats who found huge success using this approach before anyone knew what it was--long before social media was born. Their continued success is a testament to the power of originality and passion.
But don’t just take our word for it. See for yourself: How 5 Famous T-shirt Brands Achieved Success

The founder of the iconic Stussy brand, Shawn Stussy, started as a surfboard shaper who just wanted to sell some boards. In a promotional effort, Stussy printed t-shirts with the same signature he placed on his surfboards and made his way to his first surfboard trade show. The promotional effort turned out to be a hit, but ironically it was the t-shirts that everyone wanted.

The uniqueness of Stussy's signature drove the initial demand for his t-shirts--the graffiti styling was actually inspired by his artist uncle, Jan Stussy. However, the ongoing demand and consistent recognition of the brand as an icon of streetwear happened because Stussy did what many other brands had yet to discover:

Johnny Earle, better known as Johnny Cupcakes, started his line of t-shirts as a joke. Co-workers often added new last names to his first name--Johnny Appleseed, Johnny Pancakes, Johnny Come-Lately, etc. "Johnny Cupcakes" happened to be the latest rendition while Earle was designing a t-shirt for his band and wanted to add a nickname for himself. Fifteen years and a lot of elbow grease later, the joke has become a wildly popular brand with its own cult following.

What is it about Johnny Cupcakes that causes thousands of fans to tattoo themselves with his signature cupcake and crossbones or stand in long lines for a t-shirt?

Story: Even more loved than the brand is the man behind it all. Even after 15 years, it's fair to say that the Johnny Cupcakes brand is an extension of its founder, Johnny Earle. His insistence on overseeing every detail creates a personal experience with his fans. They sympathize with his underdog story--selling t-shirts out of his car in between gigs--and more than appreciate the meticulous attention he still pays to every shirt. 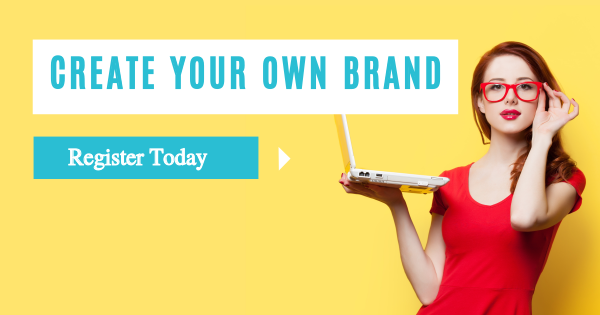 In comparison, BustedTees is slightly newer to the t-shirt scene. Good friends Ricky Van Veen, Josh Abramson, Zach Klein, and Jacob Lodwick started the side business as a fun means to pay for the costs of maintaining CollegeHumor.com. The team sat down in March 2004 to sketch out 10 shirt designs, and the funny T-shirts were an instant hit with the CollegeHumor fan base.

When brothers Bert and John Jacobs started the Life is Good brand in 1994 with $78 dollars and 48 t-shirts featuring a stick-figure named Jake, they never would have guessed they were starting a $100 million business. Today, Life is Good merchandise can be found in over 4,500 stores in 30 countries, but you may be surprised to hear what the brothers are not doing.

Instead, their approach can be summed up in the rather hippie expression: "spreading good vibes."

That very optimism originally kept the brothers afloat in the years prior to Life is Good as they hawked their wares up and down the northeastern coast, surviving on PB&J sandwiches and living out of their van. Following a particularly unsuccessful trip, the brothers debated whether they should give it all up and get "real" jobs. The discussion sparked the idea for the Life is Good company.

Having made the decision to not rely on traditional advertising, the brothers relied on different means:

After launching Ugmonk in August 2008 with just 4 designs and 200 total shirts, things accelerated quickly for founder Jeff Sheldon. Within 2 years, the fledgling clothing business grew from a side project to a full time operation.

Ugmonk openly admits they do not heavily rely on traditional advertising. Their success can be attributed to several factors:

At GearLaunch, we're always keeping an eye out for noteworthy newcomers in the ecommerce space. Animal Hearted Apparel has recently caught our eye, using a combination of the success tactics we mentioned above.

Inspired to launch your own brand? Get started the easy way with GearLaunch.

We're here to help you grow by providing the latest in: